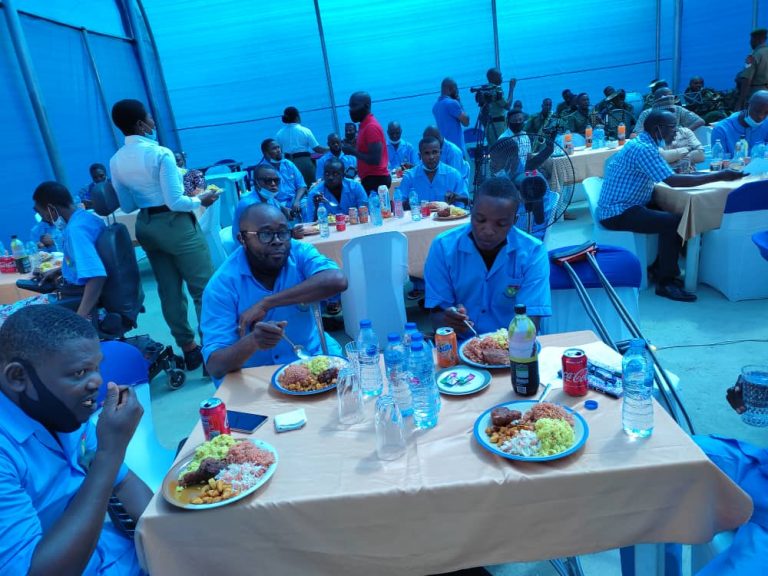 The General Officer Commanding 81 Division of the Nigerian Army, Major General Lawrence Fejokwu, on Wednesday assured injured officers and soldiers that the Army will facilitate their treatment as soon as possible.

Fejokwu said this during a special luncheon to honour sick officers and soldiers of the Division at the 68 Nigerian Army Reference Hospital, Yaba, to mark the Eid-el-Kabir celebrations.

The GOC said that the Chief of Army Staff, Lt. Gen. Faruk Yahaya, had provided logistics within available resources to celebrate in the spirit of Sallah with injured and sick Army personnel.

“We will eat and dine with Army personnel who got injured or fell sick in the spirit of Sallah celebration to boost their morale.

“The Army is doing everything to facilitate their treatment to ensure that they get back to their feet as soon as possible,” he said.

The GOC commended the sacrifices of the personnel in the ongoing operations across the country, adding that their sacrifices will not be in vain.